The very first ACDC gig was in Sydney Australia at the Chequers Club where the band developed quite a legendary following.

Once the band started to tour beyond the borders of Australia they attracted a cult following based on their risque' stage persona and gimmicky vaudeville style act. Angus's schoolboy outfit became one of the most famous trademarks in rock history.

Following are the major ACDC line up changes 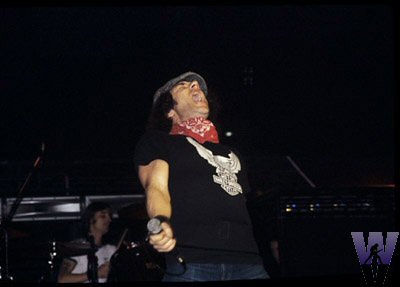 Most all of ACDC's albums are huge commercially successful projects. Some great albums unfortunately have have low statistical numbers. Since that is the case I have listed an additional (4) albums that really should be noted as some of ACDC's best works.

Determining accurate and reliable U.S. sales is difficult. Determining foreign sales is almost impossible, not to mention the huge amount of bootlegging in many countries of the world. Album sales reported here are based on the Recording Industry Association of America's (RIAA) Latest data.

ACDC has sold more than 63 million albums in the USA

Sorry fans, no Grammys for ACDC

ROCK AND ROLL HALL OF FAME

Steven Tyler--frontman for the already-inducted Aerosmith--introduced Australian rockers AC/DC, who were honored in their third year of eligibility after being passed over twice. The quintet performed the anthemic "Highway to Hell" and "You Shook Me All Night Long."

As reported by "Wordtracker" keywords database. This tool is indispensible for driving targeted traffic to your website.

Don't forget to return frequently to the ACDC Discography and Fact

Sheet for new entries and updates.

Return to the Discography Index